If you’re a photography collector you may be familiar with the likes of Lisette Model, Helen Levitt, Walker Evans, and André Kertész, famed street photographers who changed the landscape of their field forever. In 2014, the documentary Finding Vivian Maier introduced the world to one of the best street photographers we never knew and what is now becoming one of the most coveted photographic collections in the art world today. 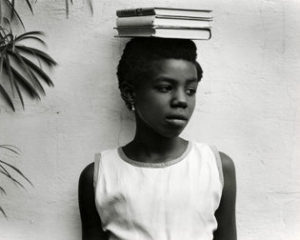 New York City 1926, grew up in France and spent most of her life as a nanny in Chicago’s wealthiest neighborhoods. Her personal pride and joy was her collection of Rolleiflex cameras, which she used to take over 100,000 photographs in the span of five decades, mostly in New York and Chicago, along with a solo trip she took around the world over a period of several months.

An avid collector and hoarder, Maier kept journals, bus tickets, clothes, audio tapes, newspapers and other minute details related to her life. In 2007, John Maloof stumbled upon a box of photos at an auction where much of Maier’s possessions ended up after she was unable to pay rent on her storage unit. Maloof purchased the photos looking for pictures he could use in a research project. A few years later, he began scanning the negatives to find he had uncovered one of the greatest street photographers of our time. 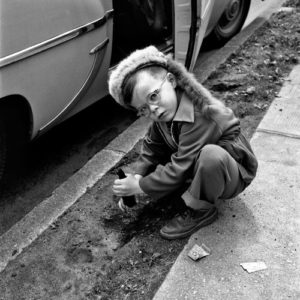 As chronicled in the documentary, Maloof is now chief curator of Maier’s work, organizing exhibitions of her work and coordinating a print sale partnership with the Howard Greenberg Gallery. The massive collection has been digitized and master printer Steve Rifkin produces gelatin prints of her work. Carl Saytor prints Maier’s color photos, although the majority of her photography is black and white.

Each photograph is limited to an edition of 15, making them extremely rare. Maier’s prints already go for upwards of $4,000. There have been many legal battles concerning her work between the the city of Chicago (which represents her estate) and distant relatives of Maier’s in France, since she passed away in 2009 without any heirs. It’s important to note that all authentic photo prints of Vivian Maier’s work are currently sold at Howard Greenberg only, where The Maloof Collection certifies each print for its authenticity. Jeff Goldstein has sold prints of Maier’s work through Jackson Fine Art Gallery in Atlanta among others, without explicit authority from Maier’s estate and is currently involved in a lawsuit with the city of Chicago.

While the life of this talented, mysterious artist continues to unfold, the art world is beginning to acknowledge the genius of this self-taught photographer, meaning the value of Maier’s photos could grow exponentially at auction in the future.  Her stunning self-portraits, arresting images of poverty and vibrant snapshots of everyday life continue to captivate audiences.

You can view Vivian Maier’s prints at the gallery or during one of the upcoming exhibits in Genoa, Italy, Martha’s Vineyard, Los Angeles, St. Louis and Hamilton, Canada. 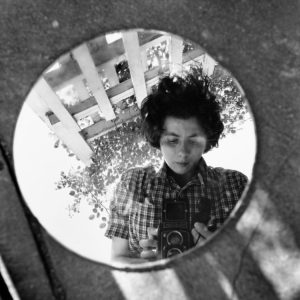